This chess book features all eight participants having signed (one of the oldest in terms of how long I’ve actually had this book within my collection). We have lost three so far in: former WCC IGM Mikhail Tal, former WCC IGM Tigran Petrosian, and the late and great IGM Paul Keres…

When I first started off and finally entered a chess club (other than my local Junior High or High School), I went straight to the “YMCA Chess Club” in Oakland, CA. It didn’t take me very long to make my next step over to the well known and one of the oldest chess clubs in this country the “Mechanics’ Institute Chess Club”, located at 57 Post Street (4th floor) in San Francisco. 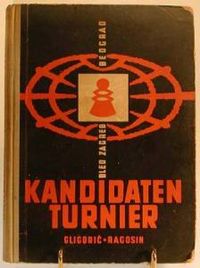 The big chess chat at the time was of course Fischer and that Tal had just lost return match to Botvinnik. I don’t remember just how I acquired this book. Either it was one of my early purchases from the British Chess Magazine, or perhaps I purchased it through my late chess friend and book dealer IM Imre Köing.

In any event here are the stories and what I remember about each one and how the signatures were obtained (Cassia was very kind and she gave me a great memory enough to play ten games of chess while blindfolded). Mainly from the great “Piatigorsky Cup” Chess Tournament held in Los Angeles, California 1963 (given here in order of the final tournament standings at the ’59 Candidates Tourney): 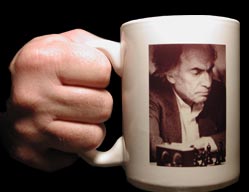 This was the one signature which eluded me for the longest time… As, Tal rarely played here in the USA (like once!). It was rumored that he would make an appearance at the 1979 Lone Pine Chess Tournament. I held my breath thinking that this may be my one and only chance. But, in the end he didn’t show up… [sigh]

A rare stroke of Cassia’s luck occurred later that year. My good friend IGM James Tarjan was scheduled to play at the Riga Interzonal in late 1979 where Misha would also be playing (of course he won the tournament). I asked Jim for a return of favors. He said, “Sure!” As, I proudly handed him the ’59 Candidates chess book and asked him to please get Tal’s signature for me. He returned a few weeks later with the book signed by Tal. 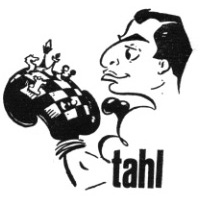 A full decade plus later Tal played right here in San Francisco at the Pan Pacific Chess Tournament. Btw: I did ask Tal when meeting him for the first time if he
remembered signing the book that Jim had brought him years before. He told me that he didn’t remember.

Fortunately, I had many more such opportunities to meet Tal (at the Pan Pacific and the Blitz tournament here as I furiously wrote down of every blitz game that I possibly could held at MICC and I even wrote a special article on the event for “Blitz Chess” titled ‘A Night of Blitz Magic!’). Also, on the celebrated Bay boat cruise excursion where Tal and I shared Black Russian Sobranie cigarettes (still have that box, btw, which I gave to my good friend Lawrence Totaro), and drinks (Black Russians of course). Then later at the special social occasion held at the Bursch party right here in Berkeley, CA. 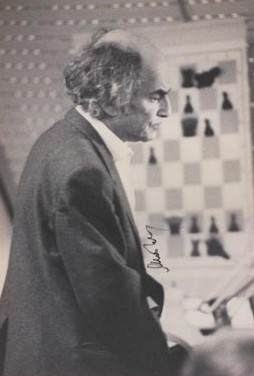 Then even more wonderful chess stories to tell about Tal (his other signatures to my chess books and all the memorabilia that I saved – his flag, his nameplate, his cigarettes, and the ProChess set that he used at that tournament). I was the logistics coordinator and organizer and made darn sure that Tal used only one chess set (#5) for the last five rounds… When the chess tournament was finally over I took that chess set directly home!